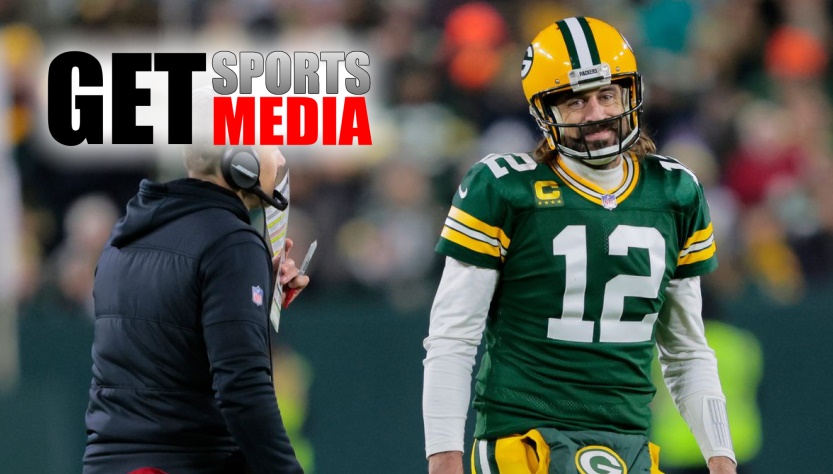 It’s now long since the time when Aaron Rodgers held back on anything. And he certainly didn’t hesitate to rub it in when his Green Bay Packers recorded a 24-14 win over the Chicago Bears back on October 17.

He said – rather famously by now – “I still own you!,” and the fact is, he does, as the Pack has dominated the head-to-head between these long-time NFC North rivals.

On Sunday, BetAnySports customers can watch as Rodgers tries to own them yet again. This time they get the Bears at Lambeau Field for the scheduled 8:20 PM ET start on NBC.

The only home game that Green Bay has not won by double digits came two weeks ago – before the bye week – against the Los Angeles Rams, when they struggled at times but emerged with a 36-28 victory, and holding their fifth straight opponent under 100 yards rushing.

The Packers have allowed an average of 76.8 yards on the ground during that stretch. 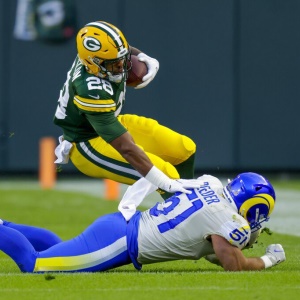 And Rodgers threw for 307 yards. His numbers aren’t quite where they were last season, when he won the MVP, but they have demonstrated a huge recovery from the opener against New Orleans, when he was picked off twice. In these last ten games, he’s had 23 TD’s and only two interceptions.

On the Chicago side, the Bears will be welcoming QB Justin Fields back after a rib injury. Fields last saw action on November 21 when he got hurt against Baltimore. Prior to that he had 291 yards against Pittsburgh.

Against the Packers he was 16 of 27 for 174 yards,and was sacked four times. Fields has been sacked 31 times and picked off eight times, while attempting 198 passes.

He does not ring up positive in the “successful play rate” metric, as he is last among the NFL’s starting quarterbacks.

But on the bright side, he is expecting to be joined by wide receiver Allen Robinson, who’s been out the last three games with a hamstring injury. Defensive lineman Akiem Hicks (ankle) should play as well.

Here are the pro football odds on this game, as they are posted by the folks at BetAnySports:

The “DYAR” rating metric means “Defense-adjusted Yards Above Replacement” for a quarterback, and this might be roughly equivalent to what WAR means in baseball. And in this category, Rodgers is fifth in the NFL, while Fields is 30th.

But remember that the Ohio State All-American can do some damage running it, with 311 rushing yards. But with those ribs, he wants to make sure he isn’t the one who sustains damage.

According to Bookie Software, Fields is also not one of those dink-and-dunk types. Not only does he lead the NFL in Intended Air Yards per attempt (10.3), he also leads the league in air yards per completion. So if he is able to connect with some consistency, there are first downs to be had.

So how much does Rodgers “own” the Bears? Well, in 26 career games against them, he has 57 TD’s and only ten INT’s, with a 21-5 record. It should also be noted that Green Bay has covered 17 of the last 22 meetings. So we would be leaning in the direction of that trend. Also keep in mind that the Packers had played seven straight unders before running into two teams with more capable quarterbacks (Matthew Stafford, Kirk Cousins) than they’ll be facing Sunday night.

BetAnySports makes Sunday Night Football a blast, with lots of options through Prop Builder and a world of real-time wagering possibilities with Super Lines, Premier Lines and Ultimate Lines……. And don’t forget that reduced juice is available on these games, and you’re going to get greater value……. Make your deposits using a credit card or the virtual currency of Bitcoin, which is fast and easy with their automated system, and NEVER incurs a transaction fee!