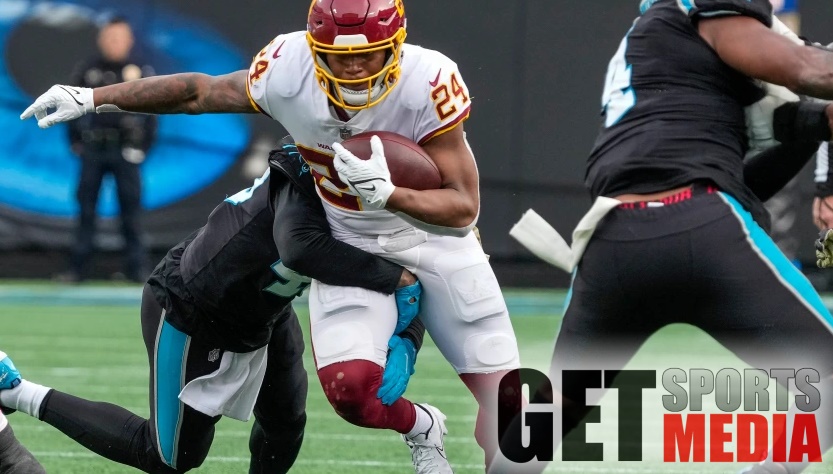 When Russell Wilson was removed with his finger injury in a game against the Los Angeles Rams, he had thrown for 9.6 yards per attempt on the season. Since then, he’s thrown for only 5.6.

And that would be a pretty good explanation to BetOnline.ag customers as to where the Seattle Seahawks‘ offense has sunk. Seattle is, at the moment, sitting with a 3 – 7 record, having lost five of their last six games, and if they don’t beat the Washington Football Team on Monday night, they are pretty much sitting on the outside of the outskirts of the NFC playoff race.

The Seahawks know that Wilson it’s not 100%, having very likely come back into the lineup prematurely. As such, the talents of Tyler Lockett and DK Metcalf are obviously not being used to their fullest. But then, Geno Smith wasn’t doing that either in Wilson’s place.

On Monday night they have a defense in front of them without Montez Sweat or Chase Young, which should make things easier for the offensive line, and a secondary that has allowed more passing yards per game than all but two teams.

So can they exploit it? That would seem to depend  on how far Wilson is over his injury, if at all.

In the Monday Night Football betting odds posted on this game by the folks at BetOnline.ag, Seattle is a slight favorite as the visiting team.

Wilson has completed 51.5% of his passes over the last two games for only 368 yards. And the Seahawks suffered the embarrassment of a shutout loss at Lambeau Field. They had a patchwork running game, which definitely eats away at head coach Pete Carroll, who considers the ground attack as essential.

But according to one metric, known as early-down success rate, they are at 63%, which is not bad at all. If they can get into some manageable down-and-distance situations, they can  take advantage of the fact that Washington has allowed opponents to convert 53% of the time on third down, which is the worst figure in the league.

The Seahawks just have to hope that Taylor Heinicke does not continue his hot hand. Originally Ryan Fitzpatrick was considered to be the veteran stopgap who would hold the fort down until Washington came up with a better long-term quarterback solution. But an injury has forced Heinicke into the lineup, as it did last season in the wild-card round of the playoffs against Tampa Bay.

Well, just two games ago he led the WFT to a victory over the Buccaneers, and he has hit on 78% of his passes over these last two contests. He is a journeyman though, and so the question arises as to when the clock might strike midnight on Cinderella.

Seattle’s defense allows a lot of yardage; in fact, they are dead last in passing yards per game, even worse than Washington. They are all so subpar against the run, which should give Washington an opportunity. Coach Ron Rivera has called 48% running plays over the last three games.

But the thing is, Seattle manages to keep its opponents out of the end zone with a pretty impressive degree of regularity. For example, in the drive stats, they are 30th in the league in yards allowed per drive, but just 10th in points allowed. That means they are bending but not breaking. On the other hand, Washington both bends AND brakes, ranking 31st in points allowed per drive.

You find that to be a definitive distinction between these two clubs, in addition to the fact that Carroll, with Wilson at the helm, is a 61.5% pointspread proposition when coming off a loss. So in this near-pick’em situation, we will favor Seattle.

If you are signed up with BetOnline.ag, you can get reduced juice on this game, in addition to a number of different ways to engage in real time wagering, including Premier Lines, Ultimate Lines and Super Lines….. Also, you can use Bitcoin as a very convenient method of making deposits, and there is never a transaction fee!